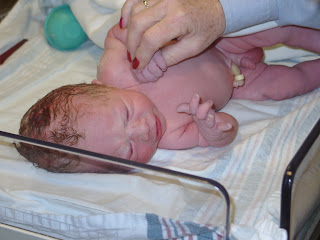 9 Years ago at about 4 am my water broke while I slept. Jack wasn't due for another couple weeks. To be honest I had no idea that was what had happened. I thought I had pee'd myself. But around that time Chad started getting all worried that this very thing would happen on our bed and so had put towels under the sheets so as not to ruin the mattress. So, I got up to go to the bathroom and there was no gushing of fluids just a trickle. So, I did what a lot of ladies would do and called my mom. She told me it sounded like my water had broke and to call my doctor.

So, instead of calling my doctor right away I did all the important things like taking a shower and getting things done around the house. I was feeling fine and had no pain. So, I thought this couldn't possibly be labor. I even logged into work and you can ask anyone that worked with me 9 years ago how funny I was with "Yeah I think I am labor but need to get some stuff done because this is too early" kind of attitude. I did eventually call my doctor and he told me to get to the doctor right away. So, off we went. But of course I had to stop and eat something because I knew once I got there they would never let me eat until after the delivery and who knew how long that would be. By this point I had a little pressure as I liked to call it. Some cramping, but still nothing that I would have been crying or screaming over.

When we got to the hospital they did all the fun stuff of setting me up on monitors to see if I was having contractions since I did not feel a lot of pain it was hard for me to say. Sure enough I was in full blown labor. The nurses were laughing at me. When they checked me after first arriving I was already 7 cm dilated. I thought WOW could this be any easier? My mom worked at the hospital where I was delivering so she showed up for work around 8ish and my dad came thru. The excitement was really in the air. We had no idea what were having, but we had our names picked out very early on in the pregnancy. I always loved the name Jack and everyone knew that if he had been a girl he would have a Meggan.

So, by about 10am Jack had arrived. Chad's shock of him being a red head has surely worn off given we have 2 red heads now and he can't imagine him any other way. The things I learned during my delivery is that I am tough cookie and did not need an epidural. Apparently I have a high threshold for pain. Who would have thought? I also learned that I never thought I could have loved something/someone as much as I loved that little baby when he was born. I love him more today than I did that day 9 years ago. I look forward to watching him grow into a fine young man. I love that he protects his sisters. I love that he has an imagination the size of the moon! I love him for who he is and whoever he wants to be! We will love him no matter what! 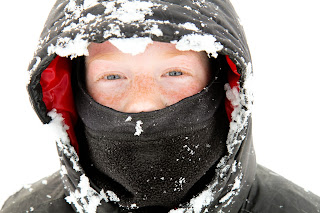 Happy Birthday Jack! We are glad you were born!!